​Nevada is under threat of California style gun control like never before.

In 2019, the Democrat controlled Legislature enacted “red flag” gun confiscation laws, banned a popular firearm accessory, and made it illegal to sell a gun privately.

Many first-time gun buyers found out this year that it’s no longer legal to buy or even borrow a gun from a friend. Buying guns from online ads has become a huge hassle too at a time when no guns were on gun store shelves. This is because in 2019, Democrats passed universal background checks; something that sounded great until people had to wait weeks for their “instant” background check to be approved.

2017, Democrats tried to make it legal for a criminal to sue you if you shoot them in self-defense in your own home.

2020 could give us an avalanche of bad laws. Imagine facing an angry mob, ready to burn down your house and beat your family to death, but your AR-15 is illegal, you can’t stand outside with your shotgun openly carried, and your pistol must have a ten round or less magazine in it. And to top it off, if you use your gun in self-defense the criminals can sue you, even if you did nothing wrong.

Democrats have already said that they want to make it legal for counties to pass their own gun bans. That means that counties could ban AR-15s if they wanted to or make it illegal to carry a gun in certain parts of town. That’s right; with increasing violence on the Las Vegas Strip, politicians would love to allow the county to disarm you around the casinos.

What keeps this from happening now is something called state preemption of firearm laws. This means that with the exception of where you can go shooting, all gun laws in the state must be the same. Only the Legislature can regulate when, where, and how you can carry a gun and what type of gun or accessories you can own.

Until 2015, there were laws on the books that banned open carry in North Las Vegas and even legal, concealed carry in Clark County parks. What the Democrats want to do is return Nevada to a time when any county (or even cities) could make whatever gun law suited them. In the past:
Since 2015, there has been no violence associated with repealing these laws. It actually allowed people to protect themselves in places they couldn’t before. Lying politicians and anti-gunners will tell you that we need to let counties ban guns because it would stop things like the October 1, 2017, Route 91 mass shooting—that’s not true. No law can stop a crime. In fact, the only thing Clark County Commissioners, who included now-Governor Sisolak, wanted to do was ban the popular “bump fire” stocks. 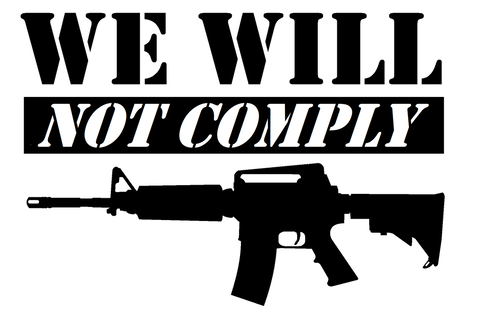 More than half of Nevada voted against gun control in 2016. Most Nevadans live in big cities. We can’t just move to a gun-friendly county; we’re stuck in the Vegas and Reno areas. Many of us moved from California because of the stupid regulations. Allowing counties to make their own laws will mean that Clark and Washoe Counties will have California-style gun control laws, all because Democrats are in charge there. This means:
Out of state billionaires and other political donors are dumping money into Nevada to buy our Legislature out from under us. No longer are our elected officials afraid of losing the next election because they enact gun control; not when campaign donations can finance whatever is necessary to keep these people in.

The old Democratic Party is gone and has been taken over by socialist, communists, and tyrants. We must get enough Republican seats in the Legislature to stop any gun control bills. You may have issues with Republicans, but they are the only ones in government who stand any chance of stopping the California-style laws that are coming our way.

2020 has been a year none of us have seen before. The integrity of our sacred voting rights have been questioned, our freedoms trampled by our government, and angry mobs bent on destruction burn homes and loot businesses while police do nothing. Our country is in peril and more gun control will put YOU at risk for what these mobs want to do. ​