﻿﻿Disclaimer: This page is not a substitute for a concealed firearm permit course. This does not constitute, nor should be implied as, legal advice. Always seek an attorney's advice and consult state and local laws yourself. The following information is presented for informational purposes only.
Self-Defense in a Riot

The following circumstances dictate when it is appropriate to offer resistance to a crime, including authorizing one to come to the defense of another.

Property crimes
Deadly force is not permissible to stop a non-violent crime, such as shooting a burglar running away with stolen property. Please note, robbery involves force or fear and is a separate crime from a burglary, which is entering an occupied structure with the intent to commit a felony, usually theft. This video and the armed citizen's commentary is a good example of how to handle a potentially violent property theft. Pointing a firearm to deter a violent burglar as in the video would generally be permissible, but shooting without a threat of death or injury in such a case would not be.

Yes, you can come to the aid of another if they are being attacked, even if the perpetrator has not targeted you yet.
Any other person, in aid or defense of a person about to be injured, may make resistance sufficient to prevent the offense. NRS 193.250

Whenever the officers of justice are authorized to act in the prevention of public offenses, other persons, who by their command act in their aid, are justified in so doing. NRS 193.260

Shooting animals in self-defense
There is no state exemption expressly for shooting attacking animals; this would generally only be a violation of local discharge of firearm ordinances. It is unlikely that someone who shoots a truly vicious animal that is or is about to attack would be prosecuted. However, many locations do expressly exempt self-defense of life, property, and livestock. Read more at the blog.

NRS 200.120*  “Justifiable homicide” defined; no duty to retreat under certain circumstances.
1. Justifiable homicide is the killing of a human being in necessary self-defense, or in defense of an occupied habitation, an occupied motor vehicle or person, against one who manifestly intends or endeavors to commit a crime of violence, or against any person or persons who manifestly intend and endeavor, in a violent, riotous, tumultuous or surreptitious manner, to enter the occupied habitation or occupied motor vehicle, of another for the purpose of assaulting or offering personal violence to any person dwelling or being therein.
2.  A person is not required to retreat before using deadly force as provided in subsection 1 if the person:
(a) Is not the original aggressor;
(b) Has a right to be present at the location where deadly force is used; and
(c) Is not actively engaged in conduct in furtherance of criminal activity at the time deadly force is used.
3. As used in this section:
(a) “Crime of violence” means any felony for which there is a substantial risk that force or violence may be used against the person or property of another in the commission of the felony.
(b) “Motor vehicle” means every vehicle which is self-propelled.

"An assault with the fists does not justify the person being assaulted in using a deadly weapon in self-defense unless that person reasonably believes that the assault is likely to inflict great bodily injury upon him or her." Washoe County Jury Instructions

NRS 200.140 Justifiable homicide by public officer.
Homicide is justifiable when committed by a public officer, or person acting under the command and in the aid of the public officer, in the following cases:
1.  In obedience to the judgment of a competent court.
2.  When necessary to overcome actual resistance to the execution of the legal process, mandate or order of a court or officer, or in the discharge of a legal duty.
3.  When necessary:
(a) In retaking an escaped or rescued prisoner who has been committed, arrested for, or convicted of a felony;
(b) In attempting, by lawful ways or means, to apprehend or arrest a person;
(c) In lawfully suppressing a riot or preserving the peace; or
(d) In protecting against an imminent threat to the life of a person.

NRS 200.160 Additional cases of justifiable homicide.
Homicide is also justifiable when committed:
1.  In the lawful defense of the slayer, or his or her husband, wife, parent, child, brother or sister, or of any other person in his or her presence or company, when there is reasonable ground to apprehend a design on the part of the person slain to commit a felony or to do some great personal injury to the slayer or to any such person, and there is imminent danger of such design being accomplished; or
2.  In the actual resistance of an attempt to commit a felony upon the slayer, in his or her presence, or upon or in a dwelling, or other place of abode in which the slayer is.

NRS 200.170 Burden of proving circumstances of mitigation or justifiable or excusable homicide.
The killing of the deceased named in the indictment or information by the defendant being proved, the burden of proving circumstances of mitigation, or that justify or excuse the homicide, will devolve on the accused, unless the proof on the part of the prosecution sufficiently manifests that the crime committed only amounts to manslaughter, or that the accused was justified, or excused in committing the homicide.

NRS 200.180 Excusable homicide by misadventure.
1.  Excusable homicide by misadventure occurs when:
(a) A person is doing a lawful act, without any intention of killing, yet unfortunately kills another, as where a person is at work with an ax and the head flies off and kills a bystander; or
(b) An officer punishing a criminal happens to occasion death, which acts of correction are lawful.
2.  If the officer exceeds the sentence under which the officer acts, either in the manner, the instrument, or quantity of punishment, and death ensues, it is manslaughter or murder, according to the circumstances of the case.

NRS 200.200 Killing in self-defense.
If a person kills another in self-defense, it must appear that:
1.  The danger was so urgent and pressing that, in order to save the person’s own life, or to prevent the person from receiving great bodily harm, the killing of the other was absolutely necessary; and
2.  The person killed was the assailant, or that the slayer had really, and in good faith, endeavored to decline any further struggle before the mortal blow was given.

"The right of self-defense is not available to a person who seeks a quarrel with the intent to create a real or apparent necessity of exercising self-defense. " Washoe County Jury Instructions

​Section (b) applies generally to all deadly self-defense anywhere (but is less specific).
Does Nevada have a 'Castle Doctrine' law?
Yes, NRS 200.120, NRS 200.130, and NRS 200.160 all enumerate parts of the Castle Doctrine protection, which does not require that a resident retreat or refrain from using deadly force when threatened with death or great bodily harm within their own home.

NRS 200.200 prohibits anyone from picking a fight and then using the fight to justify homicide; if a fight that you started gets out of hand and you are now in fear for your life, you must have tried to get away, give up, or otherwise attempted to stop fighting before you can legally use deadly force.

I shot someone in self-defense. What do I do?
Call 911. It would be wise to tell law enforcement you shot in self-defense and out of fear for your life. Remember, you do not have provide a statement about what happened unless you choose to. If you are arrested or detained, you may request to consult with an attorney or have one present with you during questioning. 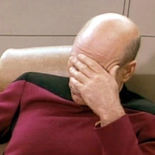 Can I shoot a fleeing felon?
No. Fleeing felon laws date from pre-handgun days of common law where using all reasonable force to arrest a felon was not meant to shoot an escaping felon in lieu of arresting them. Deadly force can only be used in the event of an immediate threat to life.

DO NOT CHASE AFTER A BURGLAR OR AN ATTACKER AND SHOOT THEM AS THEY ARE RUNNING AWAY; THEY ARE NO LONGER A THREAT unless they are shooting over their shoulder or etc.

Law enforcement officers only can shoot a fleeing felon when there is an immediate risk of death or severe injury to officers or the public. The doctrine has been narrowed by Tennessee v. Garner, which found that deadly force is only permissible when probable cause exists that if the suspect escapes, there is the threat of death or serious bodily injury to the officer or the public. Essentially, deadly force can only be used to stop the fleeing felon if letting him get away would lead to an immediate risk to the officers or the public, or that the felon is likely to present a continuing threat to the public if they get away (ex. Boston Bombers).

Similarly for the public, the Nevada Supreme Court in State v. Weddell found the use of deadly force to make an arrest was unreasonable without the threat of serious bodily injury to himself or others. The difference is that the public does not get to exercise the same benefit as law enforcement, because the statutes changed. State law had earlier been written (long repealed) to theoretically allow deadly force in the apprehension of a felon.

​When the police have you in the interrogation room, who will you call? You do know not to talk to the police, right?

USCCA provides legal protection beginning at just $22 a month. At the basic level, you will receive $500,000 in civil liability protection, up to $100,000 for a legal defense and bail, and a 24/7 critical response team in case you are involved in a defensive gun use. Members even have access to a grant fund in the event they are improperly targeted by red flag laws, gun confiscation, or their CCW permit is revoked improperly.

On top of this, you get access to premium training materials.

Why join USCCA instead of somewhere else? If your legal and financial well-being isn't enough, one reason is doing so helps Nevada Carry.
join uscca
This does not constitute, nor should be implied as, legal advice. Always seek an attorney's advice and consult state and local laws yourself. User assumes all liability for use of the information provided here. Site has been reviewed by certified instructors. Copyright 2020.